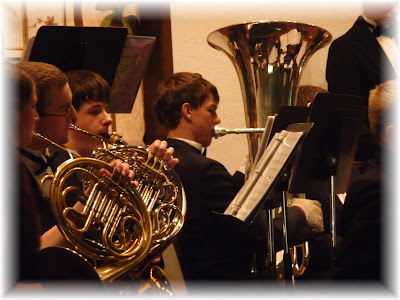 I should be posting about great finds and what I'm creating out in my studio but I just have to say how incredibly proud I am of my kids. Three of them have taken band classes this year at a private Christian academy.They all had concerts this last week which were absolutely awesome. Aaron my 17 yearold, got talked into playing the tuba as it was desperately needed for the band. He couldn't read a note of music at the beginning of the year but somehow climbed to the highest band and played in the symphonic band most of the year. This band has taken state so many times they aren't allowed to compete any more. The concert was wonderful and at the end he was presented player of the year award. Quite an honor as only one kid gets picked each year. Yeah Aaron!!
Posted by Kathy at 11:06 PM

Kathy,
That is awesome!!
You and Marv must be sooo proud.
You have a wonderful family.

Blessings on your day,
Barb

Kathy,
How proud you must be, he obviously has talent and it's so great to encourage that!!!
I'd rather you post about your child's accomplishments any day, rather than what you "found". (Not that we don't enjoy seeing what you found or created.)
But I would certainly include your son in that category, they are a product of their environment and yours was obviously brought up in a very loving and nurturing one.
Congratulations to your son!!!!

Kathy,
Thanks for coming by. As far as the computer, I'm just learning as i go.

Just set up my blog shop, and so excited to already get some orders!!!

Can you send me your bookkeepers name??

Wow! The tuba is such an amazing instrument! What a fast learner he is!

As a grandfather and father I too am very proud Off all your flock.Sorry we missed the concert.
Love to all,Dad and Jonnie

Way cool! Our band made it to the state competition for the first time ever this year, we didnt do so well but it was cool to ko that they were improving. I love your yard sale finds in the post below! I have seen a couple of those big jars lately, they are real cute! I am going to try to get another apron done tomorro, check in within the next couple days, it is spupossed to turn out cute! 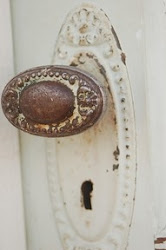 The "Barn" at Glory Days Antiques ~ please click on doorknob

Kathy
Oregon, United States
I am married to Marv and proud parent of 8 great kids. Some are grown and out of the house and some are still at home. We live a simple life,our children, our friends and our faith are the most important things to us. We combine work with family life as we run a home business. We have an Antique and home decor business that is our full time work. We also enjoy finding wonderful old items to decorate our home and yard.

Some of my Favorite Things 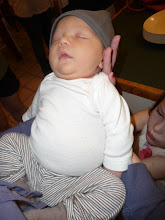